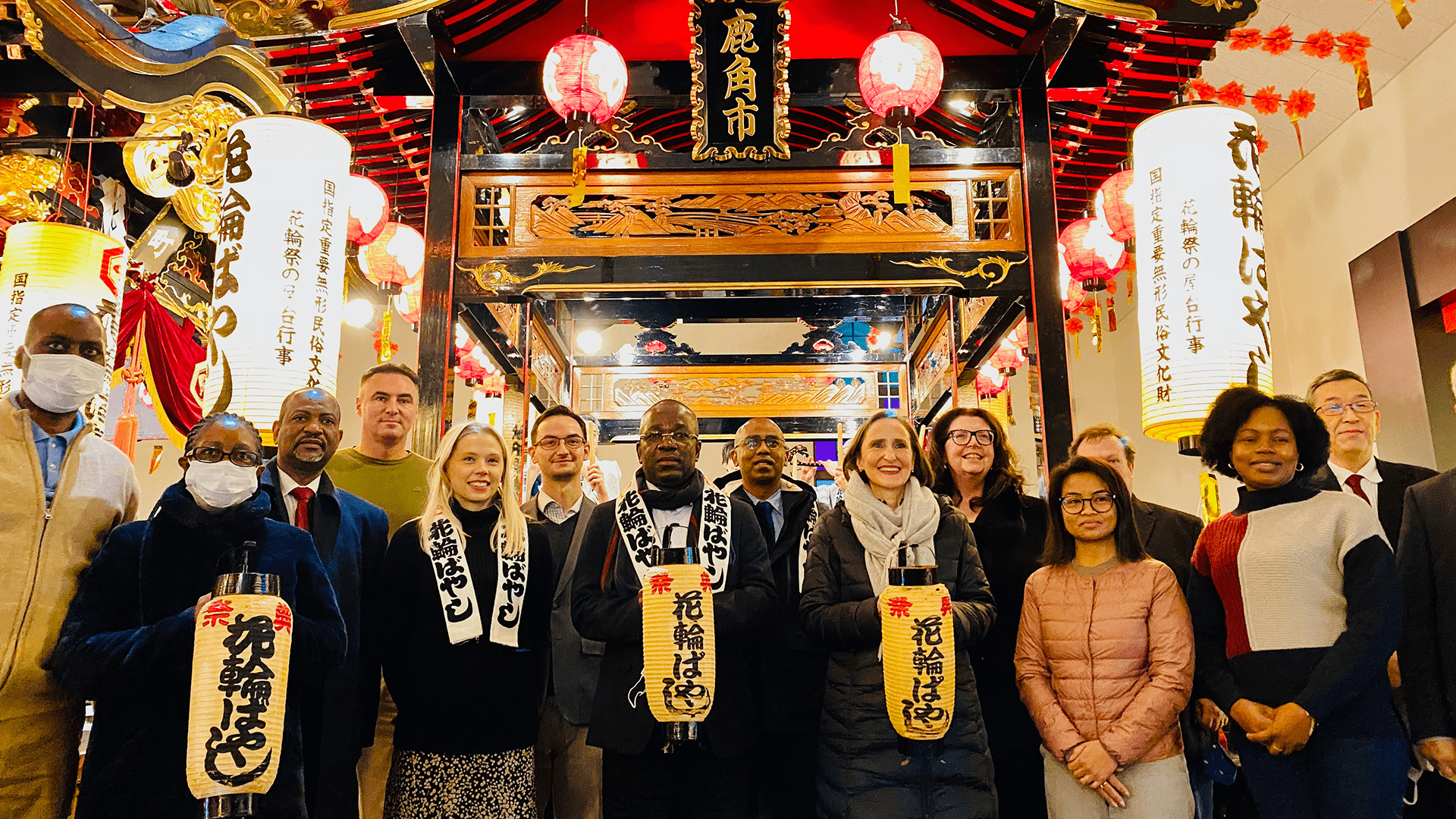 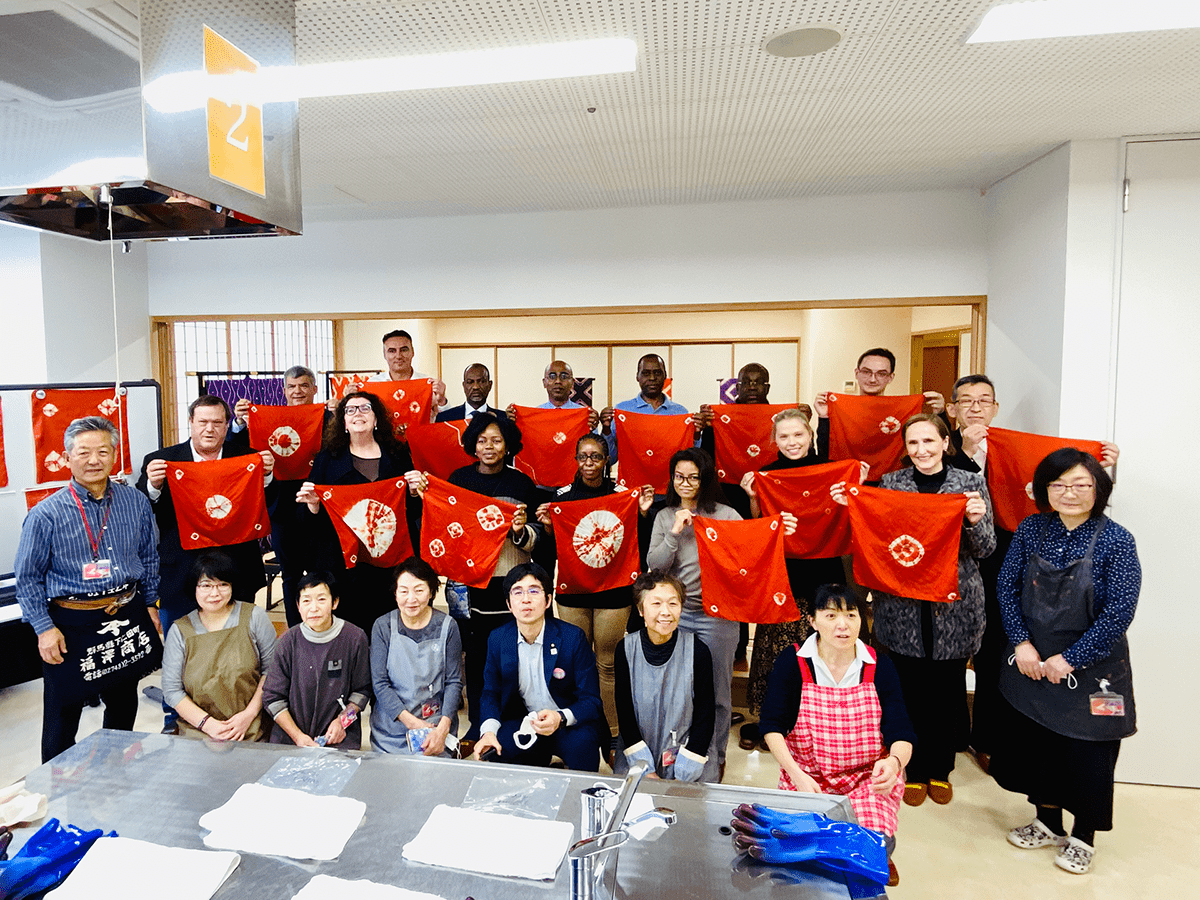 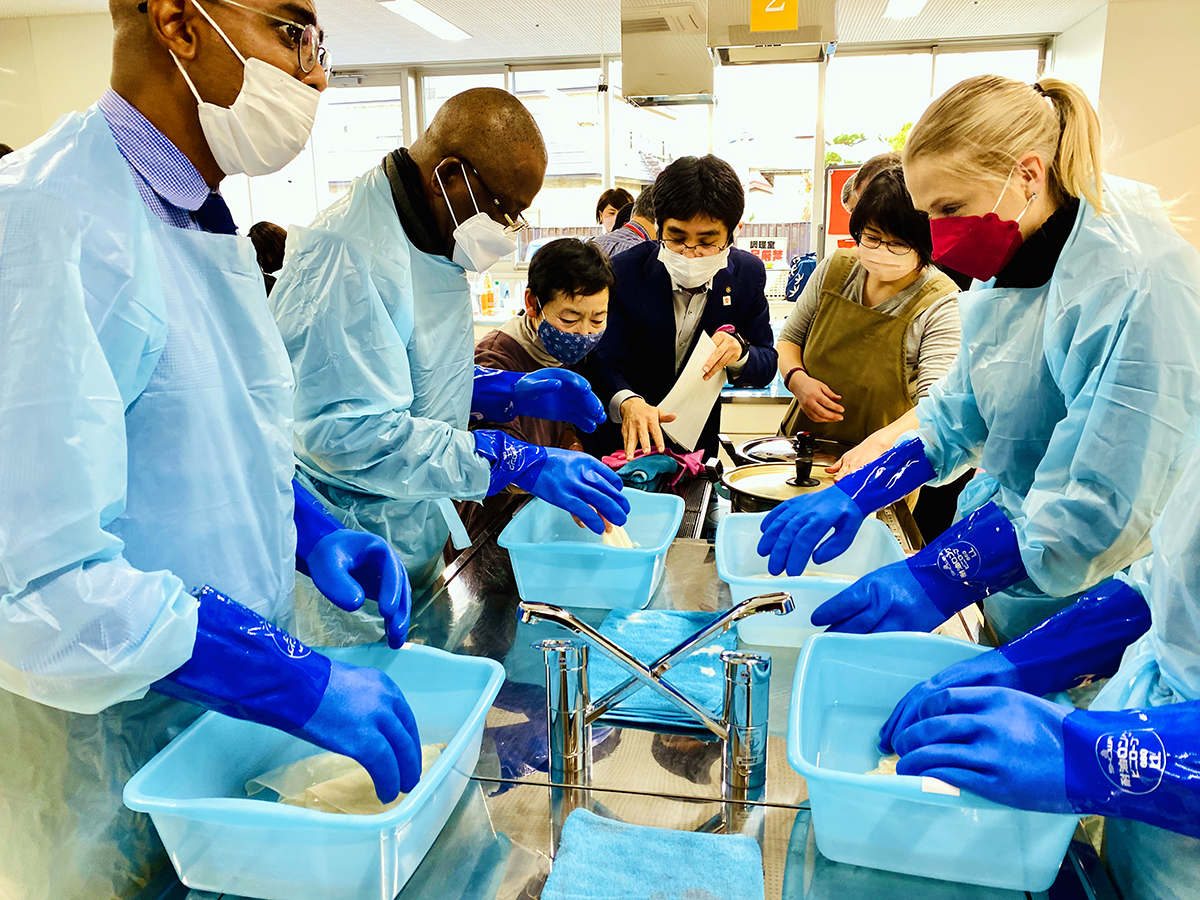 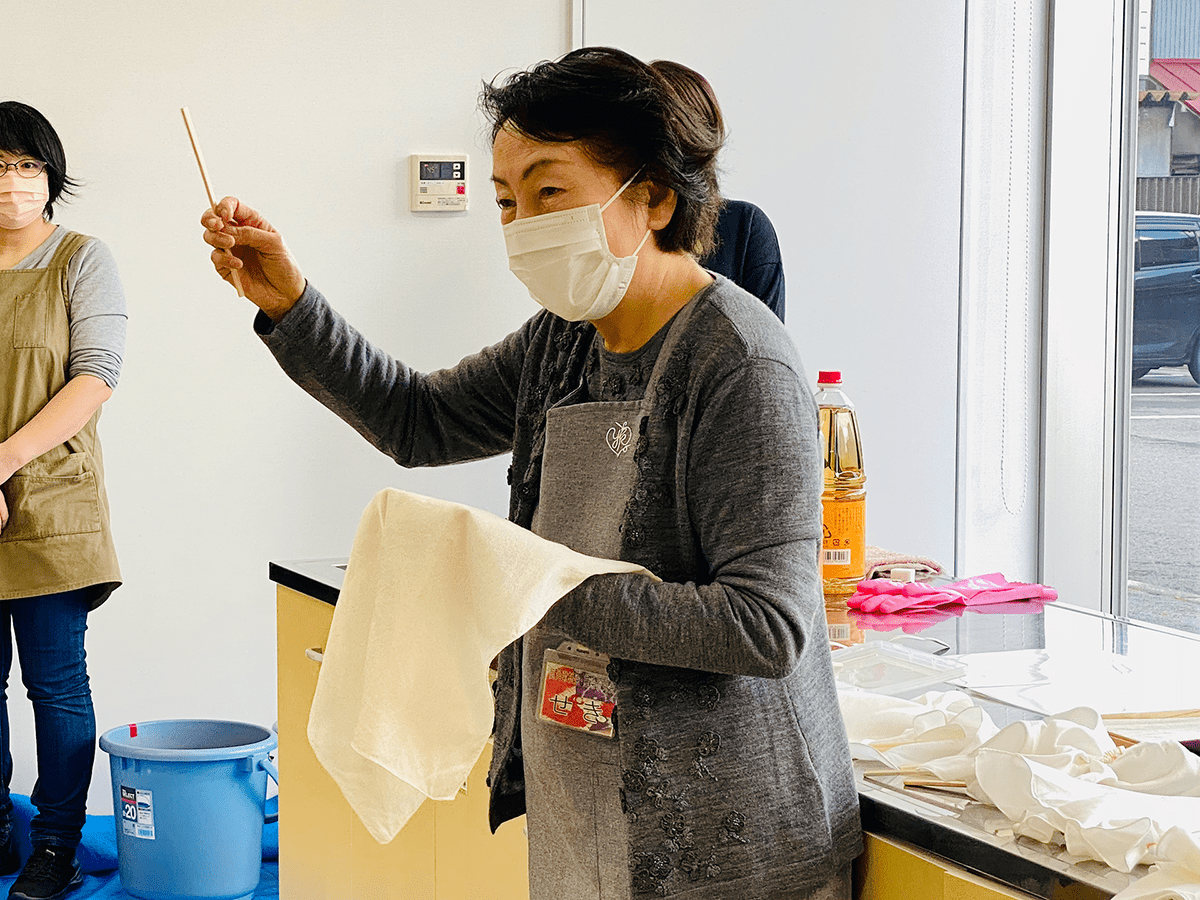 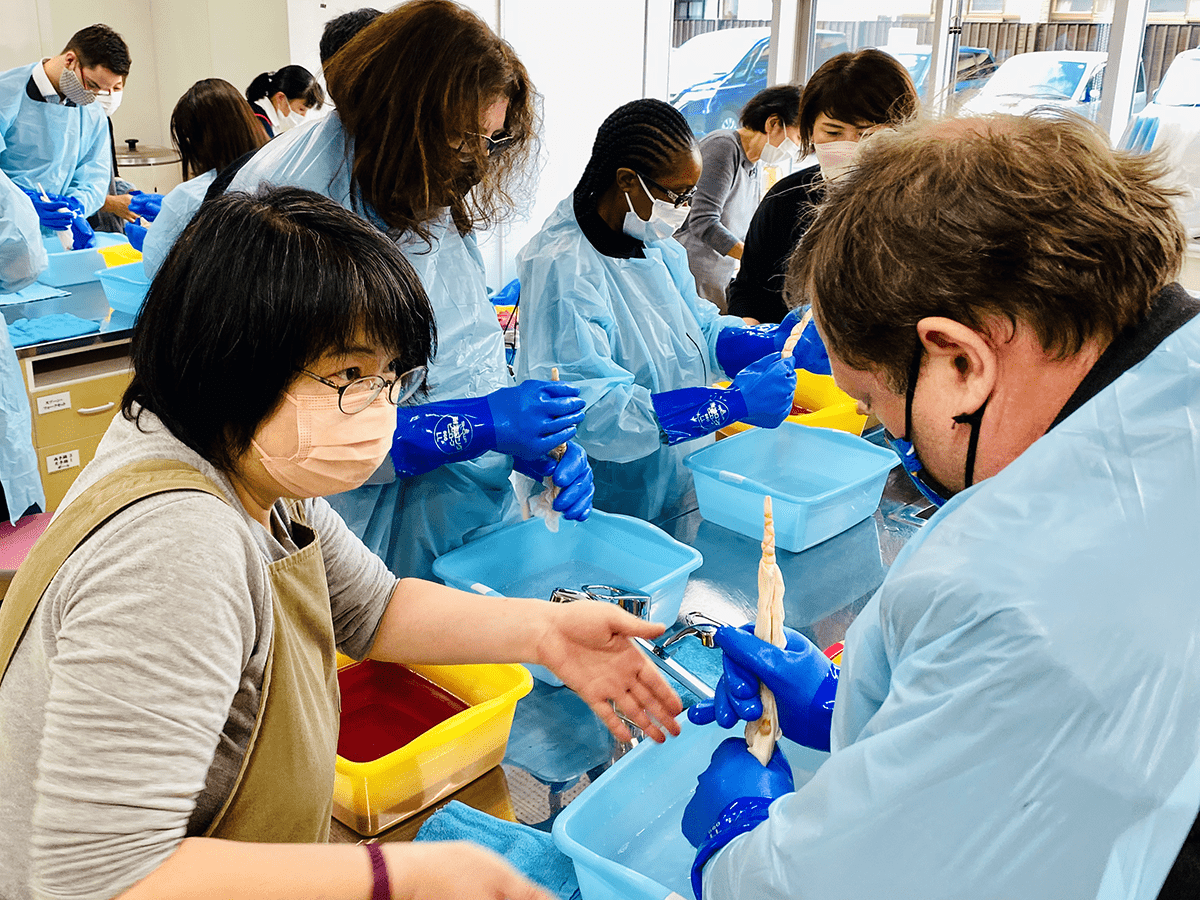 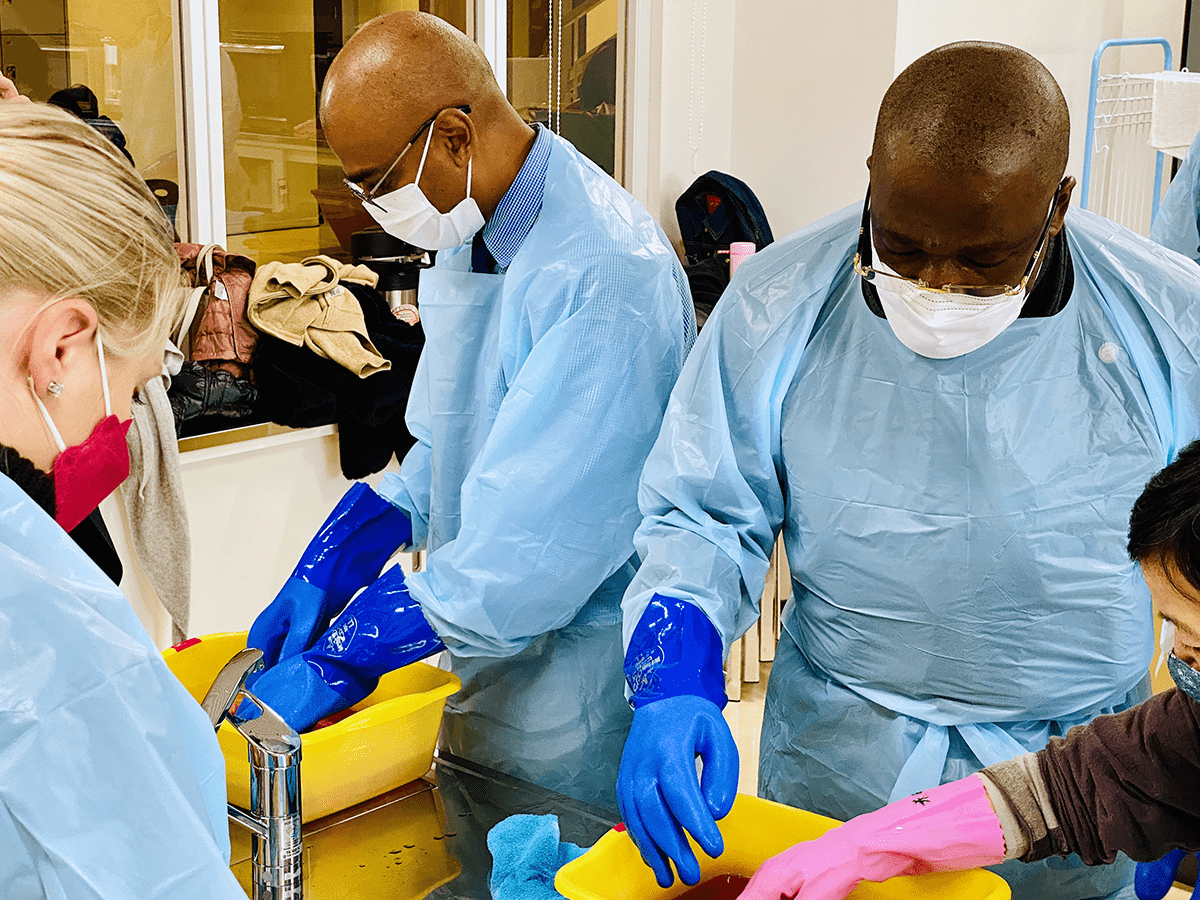 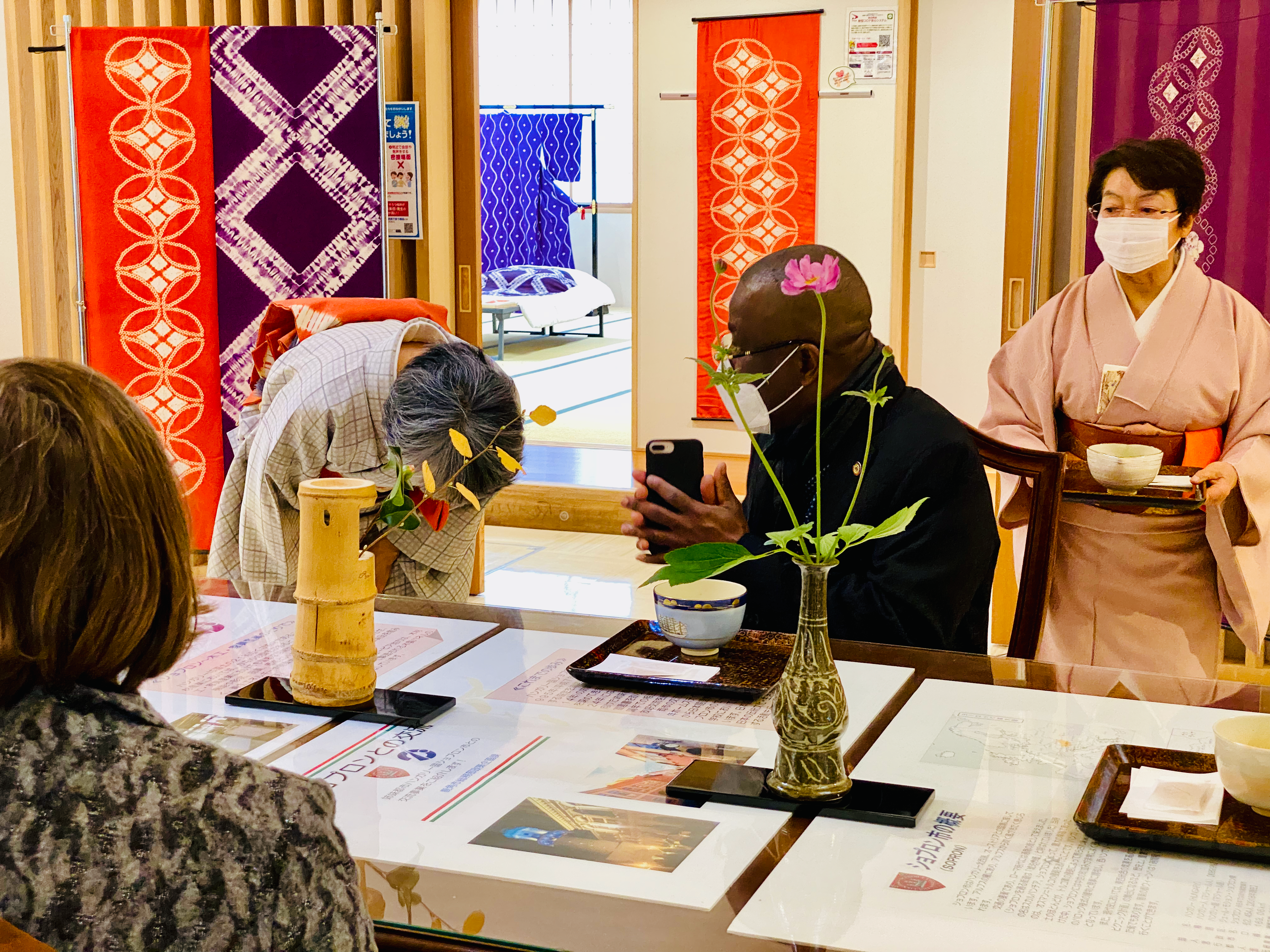 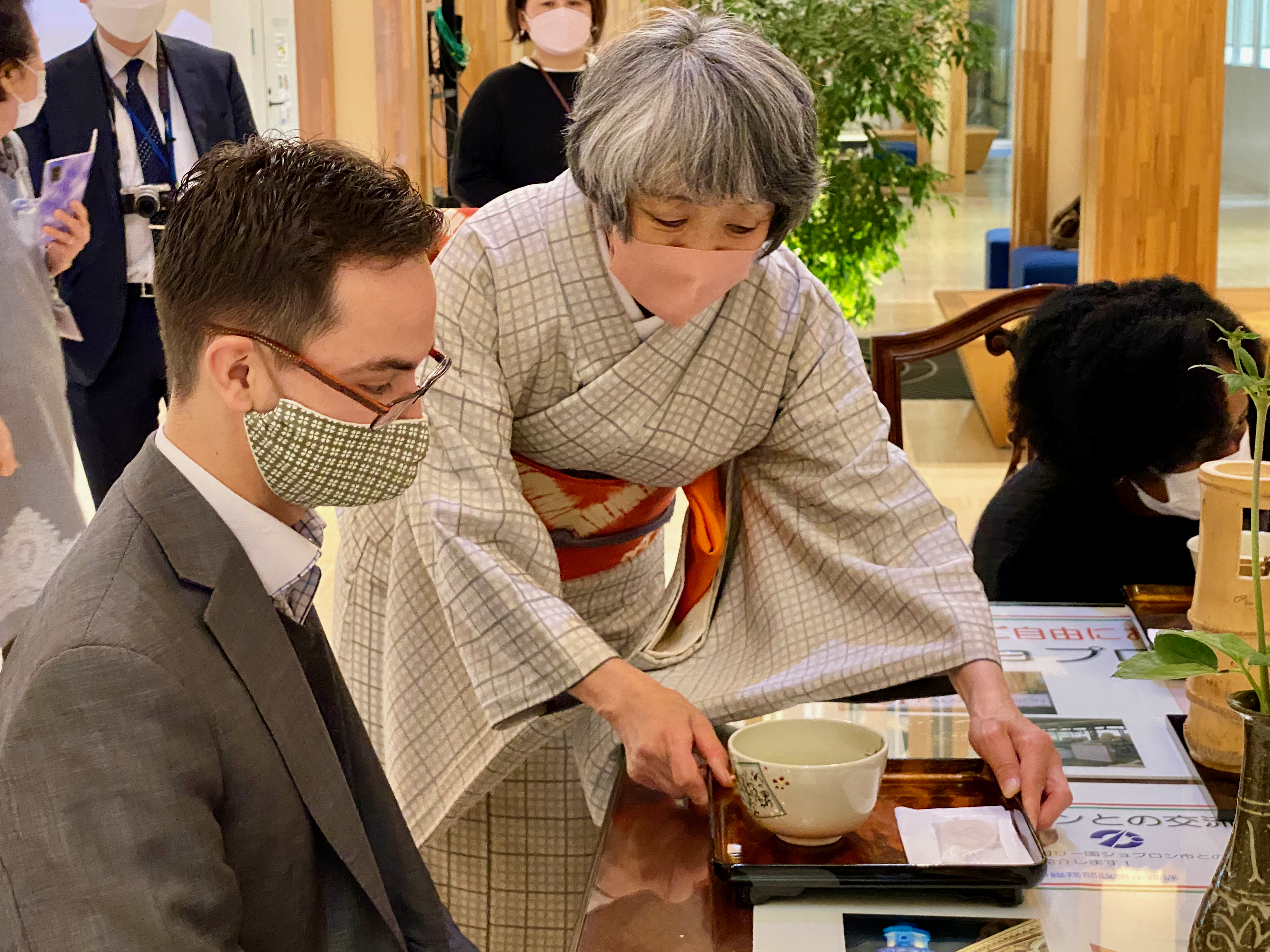 Ancient Kazuno Shikon (Purple Root) dyeing and Akane (Native Japanese madder) dyeing represent Japan’s graceful plant dyeing which has inherited the elegance of court in old times. The Kazuno area, being located between Lake Towada and the mountains of the Hachimantai, used to have an abundance of wild Murasaki (a kind of plant, its root has purple pigment) and Akane (Japanese Native madder, its root has red pigment.) The techniques of dyeing textiles with these plant roots had been passed down in the area since the Nara Period, about 1,300 years ago.
In the Edo period (1603-1868), the Shikon dyeing and Akane dyeing received a careful protection of the Morioka domain and developed into a major industry. The plant dyeing, the specialty of Kazuno, became famous all over the country and its products were delivered to Edo, then Japan’s capital, to be used as special gifts to the Imperial Court and the Tokugawa Shogunate.
In the past, the road connecting Morioka and Kazuno was called “Murasaki Kaido (Purple Road).”
Kazuno Shikon dyeing was also known as Nambu Purple and regarded as one of Japan’s best three purple dyeing techniques along with those of Kyoto and Edo. Among the three, Kazuno’s purple was renowned for its beauty and said to be unparalleled in Japan.
Following the Meiji Restoration in 1868, however, Kazuno Shikon dyeing and Akane dyeing declined because of the loss of the Morioka domain’s protection and the spread of chemical dyes.
Early in the Taisho period (1912-1926), Bunjiro Kuriyama, who was designated as a Living National Treasure, succeeded in reviving the techniques. His son Bunichiro inherited the techniques from his father and focused on transmitting the traditional skills to next generations, though he struggled with the difficulty of obtaining plant dyes and a lengthy production period.
The textiles dyed by the Kuriyama family were acclaimed as “Kami-no-imasu-nuno,” or “the cloth in which gods and spirits reside” and praised as their colors turned more vivid with the passage of time. Bunjiro’s works were presented to Ise Grand Shrine and the Imperial Family. The cloths dyed by Bunjiro during the Taisho period remain brilliant even today and attract people’s attentions.
There is a phrase to applaud the beauty of Kazuno’s ancient Shikon and Akane dyeing: “Ashita wa Murasaki, yube wa Akane.” That means its purple color looks brighter in the morning light while the color of Akane appears like a burning flame in the sunset. Unfortunately, the techniques had been lost since the demise of Bunichiro in 1991.
We launched a study group to hand down the techniques of the traditional Shikon dyeing and Akane dyeing to future generations. In March this year, we finally achieved the revival of the skills after our decade-long attempt. Our group is currently composed of 76 members. We are exchanging skills to develop ourselves and promoting activities to transmit our region’s traditional culture. We hold events to experience Kazuno’s cultural heritages and cooperate with schools to help children discover the region’s attractiveness.
In the Kuriyama Family’s ancient Shikon dyeing and Akane dyeing techniques, at first, textiles are soaked in ash juice extracted from the wood called Nishikoori (Sawafutagi), which works as a mordant, and dried in the sunshine. The process of bottoming is repeated for 120 times. Then, those fabrics are kept in drawers and paulownia boxes to be withered for one year. In the following year, the main dyeing process begins after cloths are prepared for tie-dyeing. Fabrics are put into coloring solutions extracted from Murasaki (Purple) roots and Akane (madder) roots for 12 times. A stone mill is used to grind these roots. Colored fabrics are stored for 2-3 years to get dyeing fixed. It takes a painstaking manual work of 3-5 years to complete a roll of dyed textiles . This is how “the cloth in which gods and spirits reside” is crafted.
Thanks to cooperation of many people, our group obtained cultivated Murasaki and wild Akane and used them to faithfully revive the Kuriyama family’s antique dyeing techniques. We held exhibitions of these works in Akita City and Kazuno City.

Traditional Tie-Dyeing Patters
The traditional patterns of tie-dyeing inherited in the Kazuno region include large basins, small basins, standing frames and wreath squeezes. The process of repeated soaking in ash juice stiffens fabrics and makes it difficult to tie-dye them. As a result, Kazuno plant dyeing tends to adapt large patterns, which enable products to exude the elegance of their colors.

Wild Murasaki Disappears
There used to be a lot of wild Murasaki in the Kazuno Basin. A document written in the Edo period said the best-quality Murasaki roots were those which grew naturally in the fields and mountains in the Nambu territory, which included the Kazuno region. A record of territory’s local products said high-quality Murasaki dyeing was found in the Kazuno region, even though the plant’s roots were obtained in many other places as well.
Kazuno Murasaki dyeing was used for the cord attached to the sword that the Emperor Taisho held in his enthronement ceremony. However, today, it is difficult to find Japanese Native Murasaki in the fields and mountains. The plant is designated as an endangered species. Though it is difficult to cultivate Japanese Native Murasaki, our study group is trying to raise the plant and open a village with rich harvest of it.
You can look up our study group’s activities on our web-site and Facebook.